Good news for those who passionately support that Chania is Greece’s most beautiful city: There’s no opposition. We know this much is true. Even if such claims were considered as overblown, Chania would still be Greece’s most evocative city. Or the most emotive.

The one of the two places you are most likely to see when flying to Crete, will be love at first sight. With an Italian-like atmosphere oozing, especially from the Old City and the Venetian Harbor, combined with the culture and character of Cretan people and traditions, it couldn’t be otherwise. Labyrinthine alleys, beautiful mansions, fountains and elaborate churches; narrow shopping streets, old townhouses now restored, transformed into ethereal waterfront restaurants and boutique hotels result in creating a “divergent place”. Indeed. A community, where different civilizations have merged and flourished throughout the centuries, what nowadays is the second largest city of Crete after Heraklion and capital of the prefecture that goes by the same name, Chania (also spelled Haniá) is built, as historians claim, on the very spot of the ancient Minoan establishment of Kydonia. 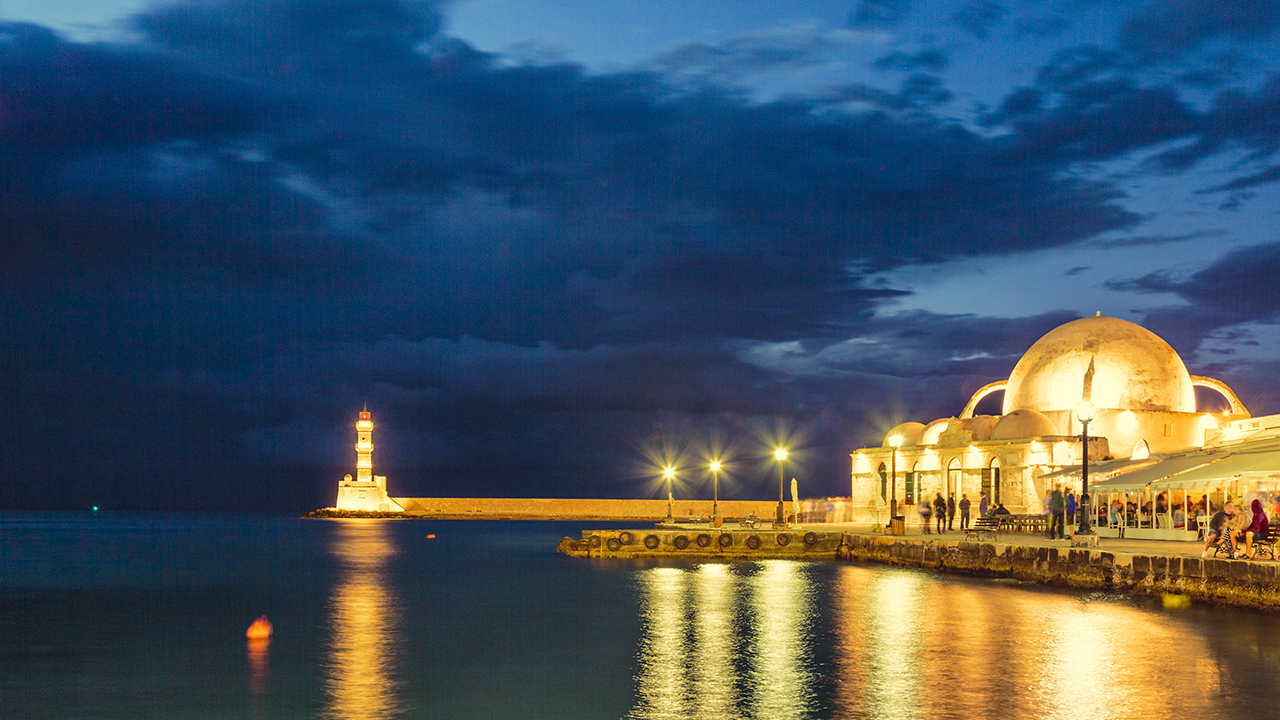 After the disappearance of the Minoan civilization, after the Arabs and the Byzantines, the deteriorated area was conquered by Venetians (1252) and flourished again through trade and the arts. The city bears their expressive mark ever since, the most exemplary being the lighthouse, the trademark of the town, built in 1570 by Venetian engineer Michelle Sammichelle and reconstructed in 1830 by the Egyptians. This all ended in 1645, when it was conquered by the Ottomans with remains still enduring today, such as the baths and some mosques, with that of Kioutsouk Hanan worth mentioning. Later it was annexed to the rest of the Greek State on December 1913 under Eleftherios Venizelos’ administration, thus occupying a very important place in the history of Crete; it was right here that the Greek flag was raised in 1913 to mark Crete's unification with Greece. 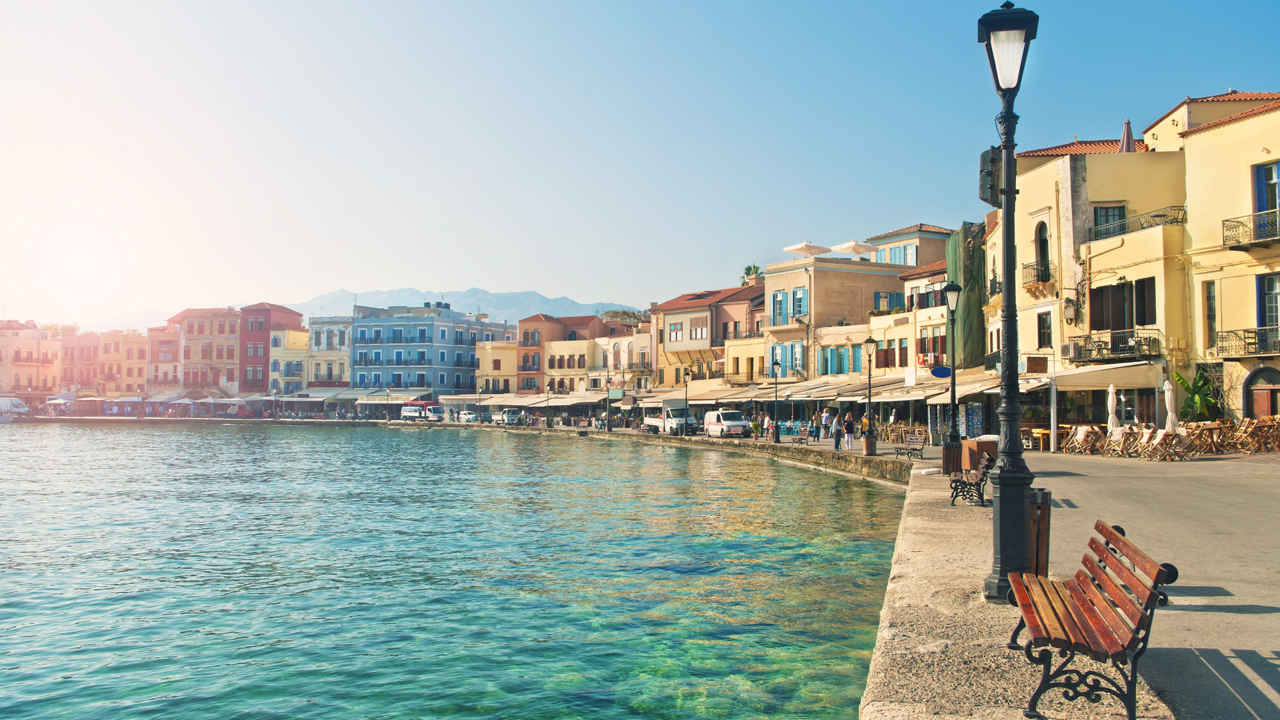 But this lush, yet boisterous history only partly explains why one of the oldest cities in Crete claims the prize of one of the most popular tourist destinations in Crete. For travellers who land here have yet to be captivated by the food – a food lovers’ paradise really – by the purity of the natural environment and foremost by what Chania really offers: a true view into the "inner Crete". To the south, the Lefka Ori (Madares Mountains), sleepless torrieri of the city in their panoramic glory, offer protection, wild nature and the rarest herb life in Greece, as well as hidden spots off the beaten track with some dozen limestone gorges – of which Samaria Gorge is the longest, best-known and most spectacular – and craggy coastal paths along the south coast and the laidback coastal resorts of Paleochora, Sougia, Sfakia and Elafonissi; to the north, embraced by its gorgeous, long-armed capes, eucalyptus-lined avenues, and miles of waterfront promenades stretches the kaleidoscopic boundlessness of the Sea of Crete, scoring countless dialectic points in the everlasting debate and for good reason: on largest Greek island where summer arrives earlier than elsewhere in the Med, Chania, as Diane Akerman had noted back in 1948, much like as a scent does, detonates softly in our memory like poignant land mines hidden under the weedy mass of years, because, stubborn enough to lose its beauty and strong enough to overrun today’s unbearable callousness, it is one heck of a redolent city. 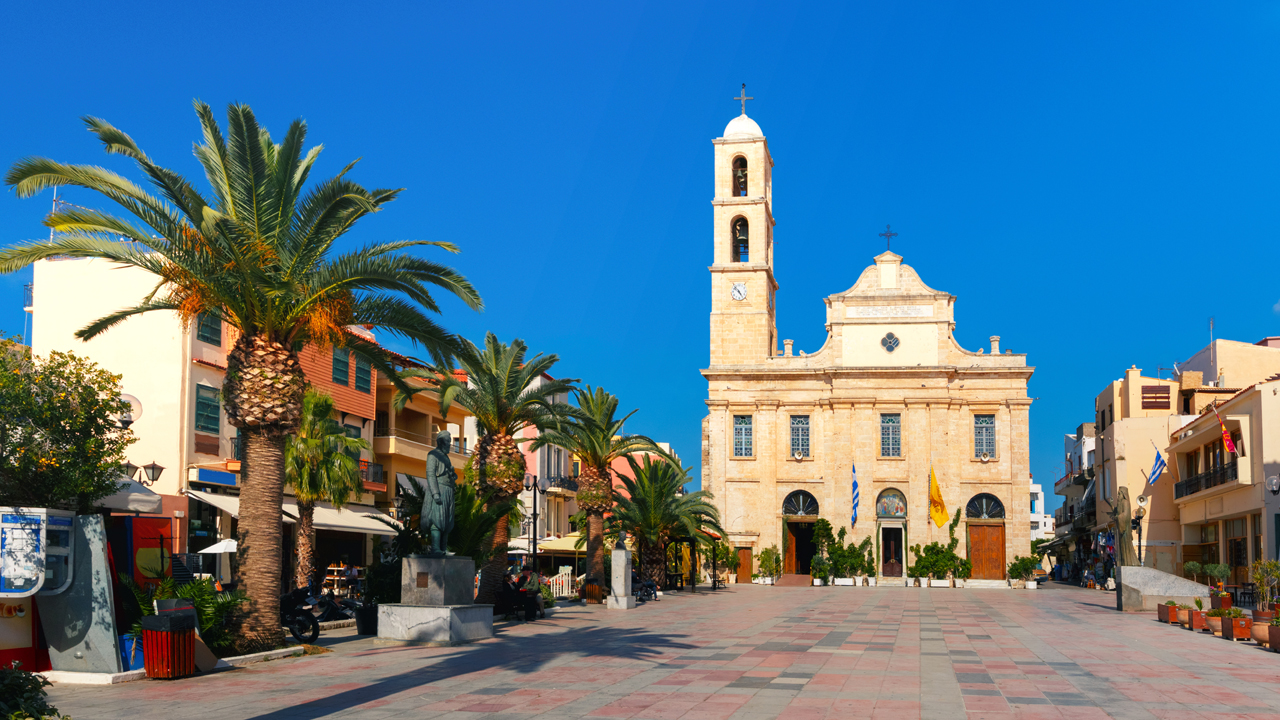 Life experiences in a land that awakens the senses. Watch the video made by the Region of Crete and remember all the reasons that make Crete a unique place to visit.